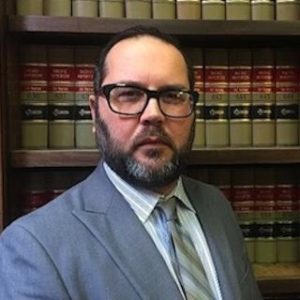 Josh Bradley has spent his entire adult life serving as an advocate for the injured. He began by volunteering for a local fire department in Volusia County, Florida. It was there he developed a burning desire to help the ill and injured. Josh became a first responder, an EMT and, finally, a paramedic. He worked as a paramedic for 15 years in busy metropolitan environments and in a rural environment on an Indian Reservation. During the last half of this period, Josh worked as a flight paramedic serving people in need throughout New Mexico.

As a paramedic, Josh nurtured a passion for education, using the knowledge and skills he had acquired to stress the importance of proper medical care in rural communities. After many years of seeing people ill and injured due to the negligence of others, he decided it was time to take his advocacy to a new level— legal representation.

Josh graduated from the University of New Mexico School of Law in just two and a half years. During law school, Josh was fortunate to learn under one of the most prominent and well-respected trial attorneys in New Mexico. That experience continued after graduation and helped to reinforce the importance of being a voice and a strong advocate for those harmed by the negligence of others.

Josh’s approach is different from many attorneys. His clients are always the most important part of his practice, and it is justice for them – fighting for what’s right –that animates every facet of his work. 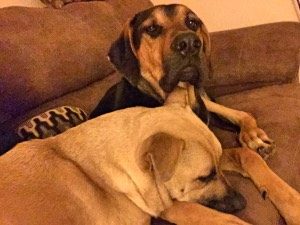 Busted! Hilda and Moose know better than to be on the couch, but way too cute to kick off.

US District Court for the District of New Mexico